the worst dresses that have walked the red carpet of cinema

Almost two months later than usual has taken place the Oscar Awards 2021. The city of Los Angeles has been dressed up to celebrate the most popular event in the world of cinema worldwide. The famous Union Station train station has been the place chosen for the guests (less than usual for obvious reasons) to enjoy the “party”.

From midnight in Spain has given the start of the red carpet between styles that exceed the outstanding (like Carey Mulligan) and looks that have fallen far short of the pass mark. On this occasion, we review the least successful dresses of the evening.

Radiant white and sculptural torso, the Alexander McQueen model chosen by Viola Davis was not the most flattering choice for the actress.who boasts imposing curves and toned arms. Forevermark jewels are not the best companions either. 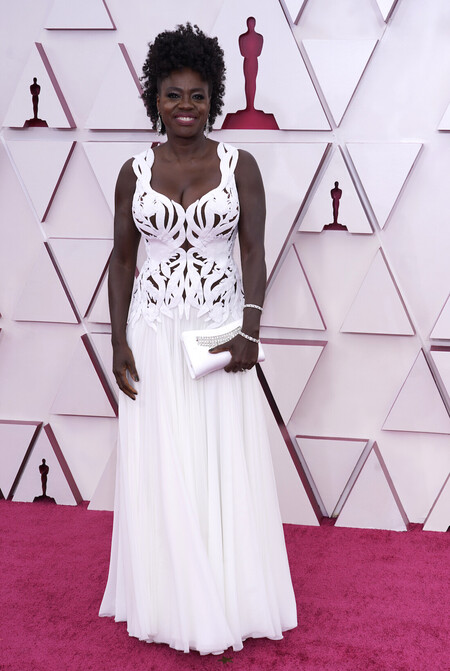 Some will love it and some will hate it, the jumpsuit created exclusively for H.E.R to walk the red carpet at the Oscar Awards is by Dundas. The design stands out thanks to a cobalt blue hooded cape adorned with matching appliqués.. The legs are visible through the transparency of the jumpsuit. The jewels are by Chopard. An explosive combo that does not win. 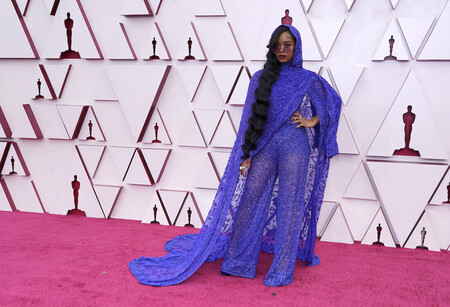 Halle Berry has opted for a dress with a large front bow from Dolce & Gabbana. The color does not favor too much to the actress And the draped neckline doesn’t go with it either. Although it is not a total fail, it does not reach the five in comparison with the other styles seen. 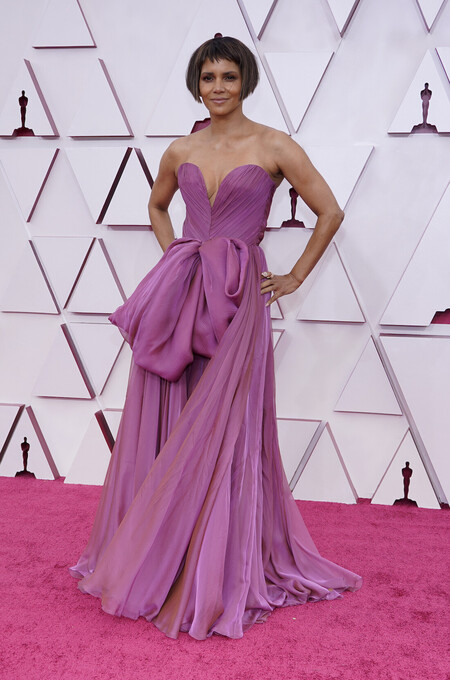 Dana Murray has chosen a dress from the spring-summer collection. ready to wear by Christopher John Rogers that didn’t live up to the Oscars. Strapless neckline, white and beige checks and voluminous skirt to the ankles, the dress did not fit the formality of the occasion. 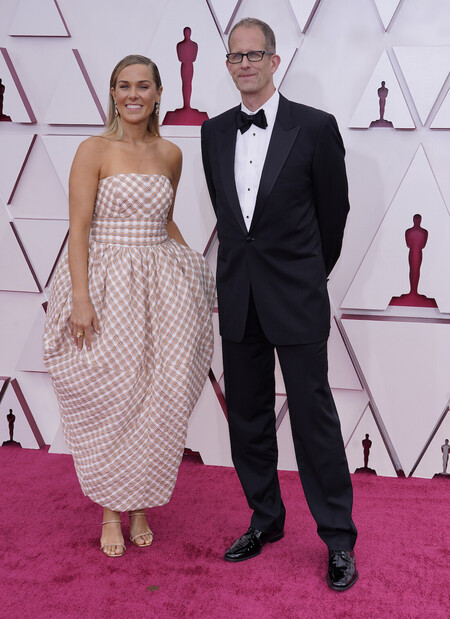 Close’s choice has been complicated to define. The actress has opted for a dress with embroidered beading and Arabic inspiration (Armani Privé) that has combined with black suit pants underneath and heels. kitten heel black. Maybe the look would have worked better without the trousers and gloves, but it would have been better without the the combo of all the elements is unattractive. 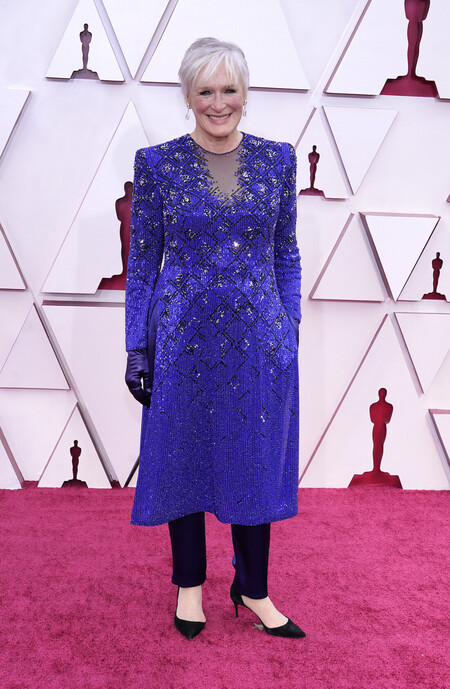 The combination of the two-tone print, the sleeves in the shape of a tail and the bardot neckline. make the Vivienne Westwood dress worn by Marlee Matlin one of the worst choices of the night by far. 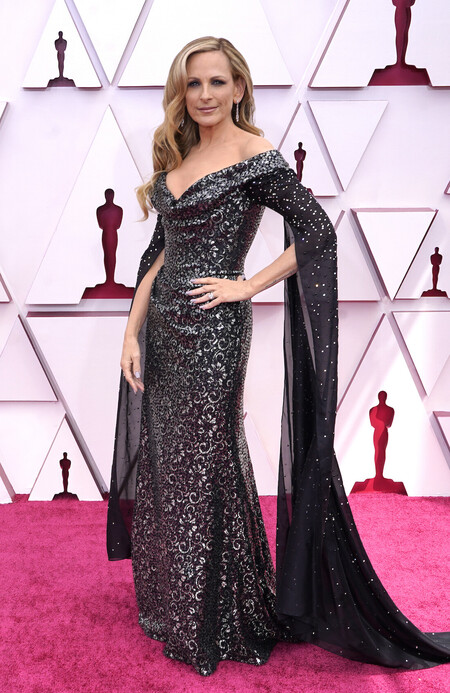 The passion red color of Alberta Ferretti’s design is gorgeous, but. the volume (of stratospheric dimensions) of the sleeves has played a bad Angela Bassett. 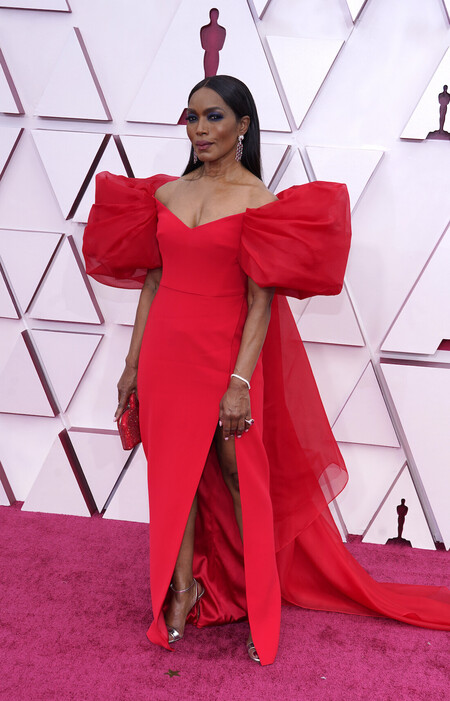 We admire Chloé Zhao and we know that Nomadland is unrivalled, but her choice of wardrobe has fallen far short of what we’d expect for an Oscar Awards.. But we do like the fact that some sneakers white sneakers have their share of the limelight, even if they do not save the final result of the look. 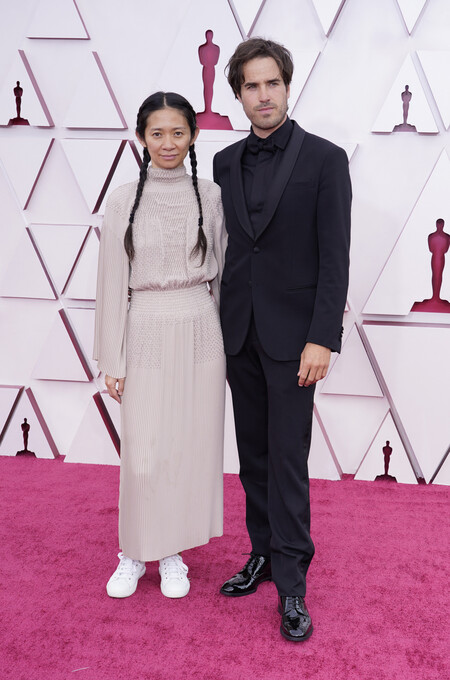 Dua Lipa wasn’t on the red carpet at the 2021 Oscars, but her looks at Elton John’s party were the best of the night.

The hangover from the 2021 Oscar Awards is still with us, and while the red carpet wasn't as long...

Who was going to tell us at the beginning of last year that the 2021 Oscar Gala was to...

Every year on the date of the Oscar Awards there is a color that triumphs above all others and...