Milena Smit has been a revolution on the red carpet. The new Almodóvar girl has been one of the stars of the first days of the Venice Film Festival 2021. The actress, together with Aitana Sánchez-Gijón and Penélope Cruz, has presented Parallel Mothersand for her it was her debut at La Mostra.

Her transgressive appearance and her daring looks, far from the more conventional choices, have made her a very special actress both in the red carpet as well as for the brands.

During the Venice Film Festival we have seen her with. 4 different outfits, and although black is her favorite color, she dares with everything, always with the help of her stylist. Freddy Alonso. 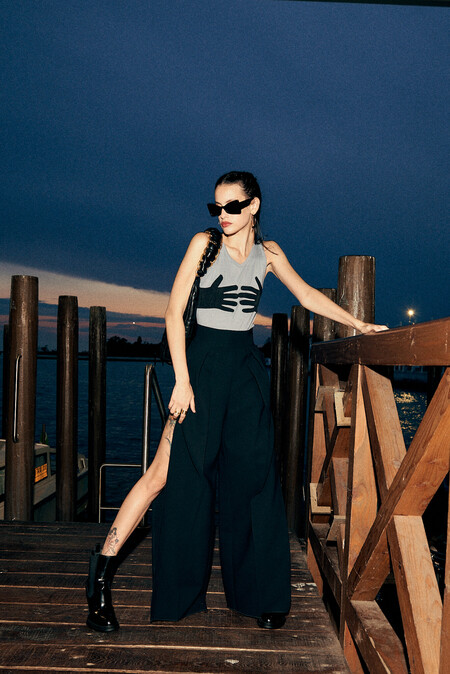 Milena Smit triumphed with her first outfit on arrival in Venice, thanks to the T-shirt vintage of the year 1995 of Skinny Cows, a model with real black gloves on the chest. The Spanish brand revolutionized Spanish fashion in the mid-90s with its recycled garments made from other materials. We all remember their dresses made from socks or their dresses made from flags, which a few years ago were very controversial after they were compared to David Delfín’s flags collection.

A T-shirt combined with black trousers with side slits by the Australian designer. Maticevski, boots of Alexander McQueen, the “Pillow” bag by Balmain in black and avant-garde style sunglasses by Marc Jacobs completed her look. 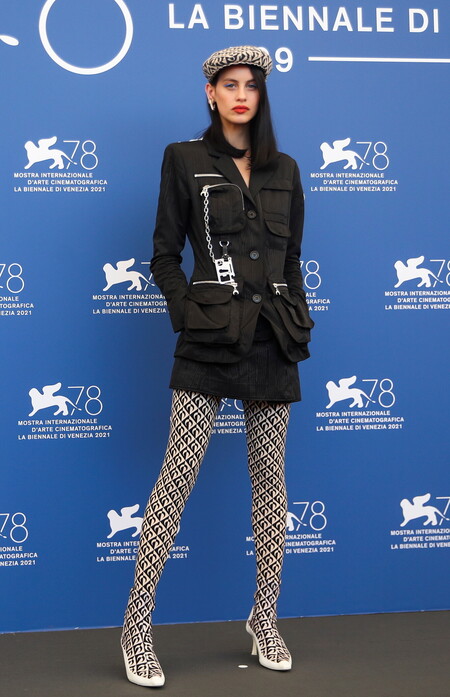 Her go-to for the morning presentation of the film was a black military-style suit consisting of a double-pocket jacket and mini skirt made from Marine Serre. A styling combined with retro style printed socks to match the sock boots and cap, all from the same brand. 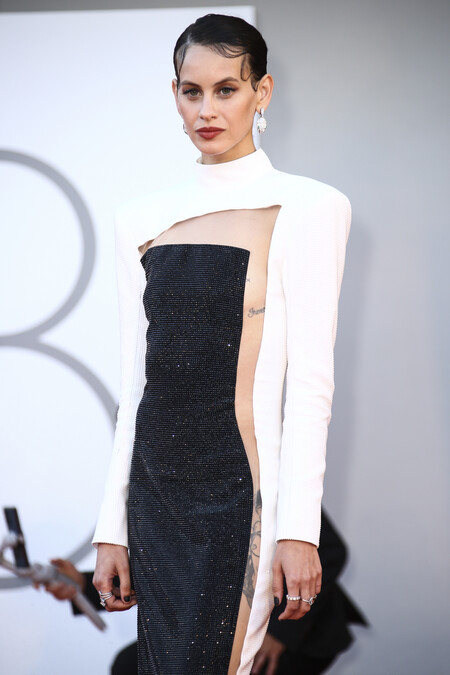 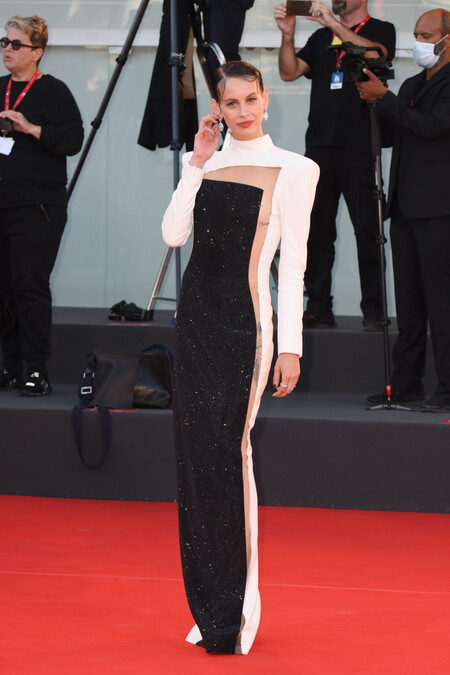 On the red carpet, her third look, the actress opted for a daring long black and white dress signed by Balmain. A design of very marked shoulder pads, fitted silhouette and cut out details in neckline and side transparency made to measure exclusively for her. She wore it with a daring hairstyle, another of her favourites, and a sandal by Mascaró. 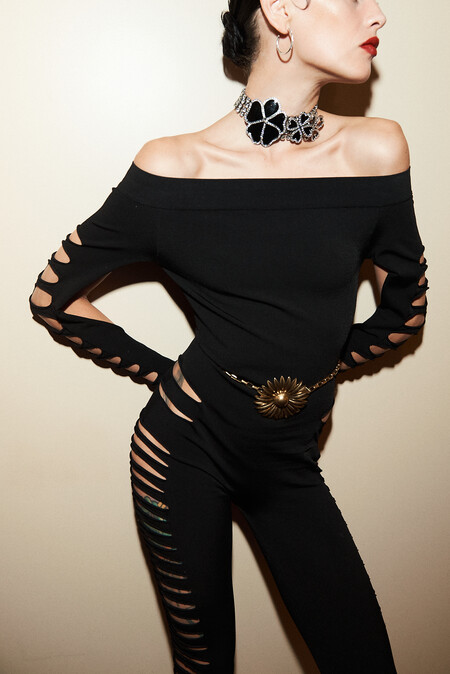 And his fourth bet has been for the after-party after the premiere from Parallel Mothers, at the Excelsior Hotel. A black jumpsuit with details cut out on legs and sleeves of the collection Saint Laurent Fall-Winter 2021. A look Loaded with accessories, though the black jet flower necklace and antiqued gold belt with a sunburst are especially eye-catching.

We're still immersed in the Venice Film Festival 2021 with big premieres and plenty of glamour. The red carpet...

The different red carpets of the Venice Film Festival 2021 are leaving us in awe with wonderful creations. We...