We’re still immersed in the Venice Film Festival 2021 with big premieres and plenty of glamour. The red carpet of the third day of the Mostra has been marked by the presence of Zendaya and Kristen Stewart.

The first presents Dune, one of the most eagerly awaited releases of the year, with great special effects and one of the best-known stories in literary science fiction.. The second Spencer, one of the most anticipated. A biopic where Kristen Stewart will become Lady Di.

But the red carpet has left us more looks where the glitter and metallic creations were the stars of the night. 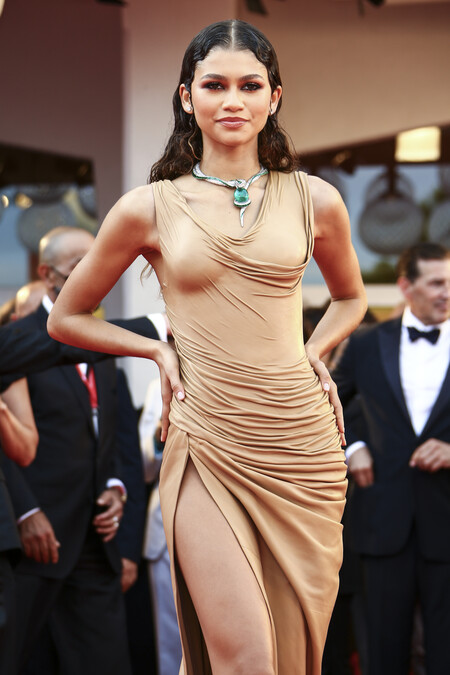 Zendaya makes an impact in each of her appearances and tonight has not been for less. The actress has caused a sensation with a tight draped camel dress, with a very sensual opening in the skirt. A design signed by Balmain, combined with stunning jewellery by Bvlgari.

The striking necklace of emeralds and diamonds stands out especially, perfect for adding a touch of color to the outfit. Her beauty look is also ideal with wavy hair and smoky eyes. 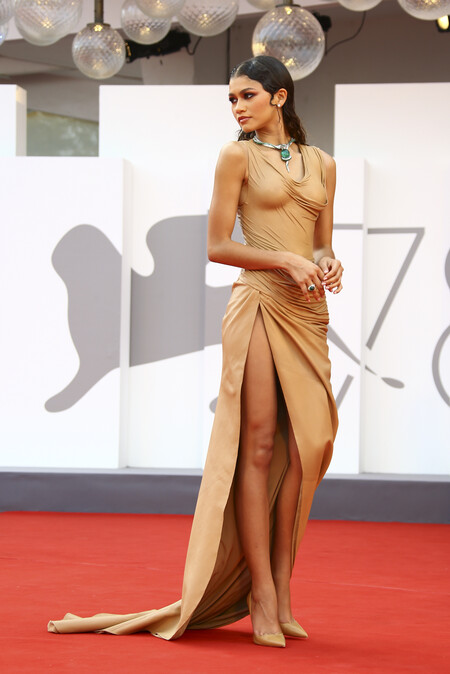 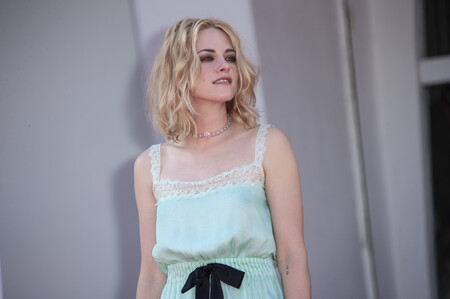 Kristen Stewart has chosen a delicate look lingerie. Two pieces made up of an aqua green lingerie top with straps and white lace detail and skinny trousers with matching overskirt and maxi black bow. A style signed by Chanel from the Autumn-Winter 2021 Haute Couture collection.

A outfit which she has combined with stilettos white high-heeled stilettos and a necklace around her neck. As hairstyle she has opted for wavy hair and make up very discreet. 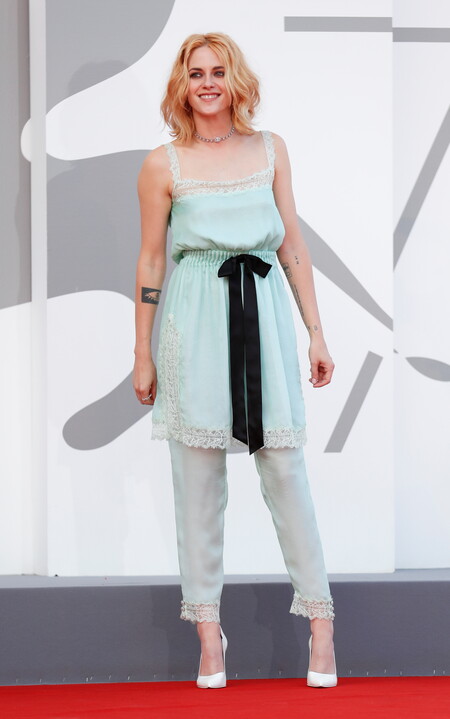 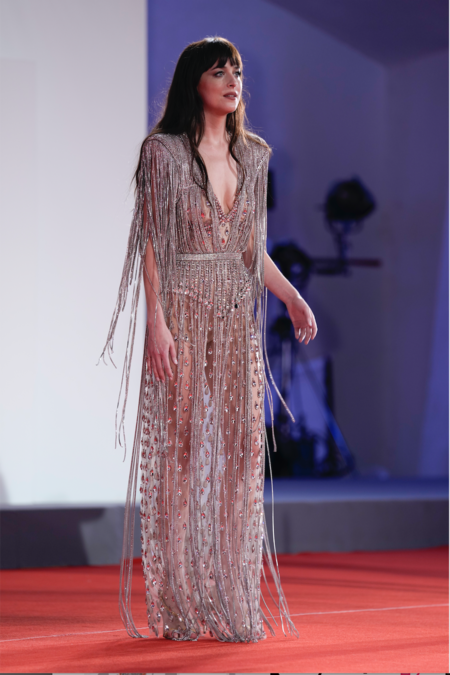 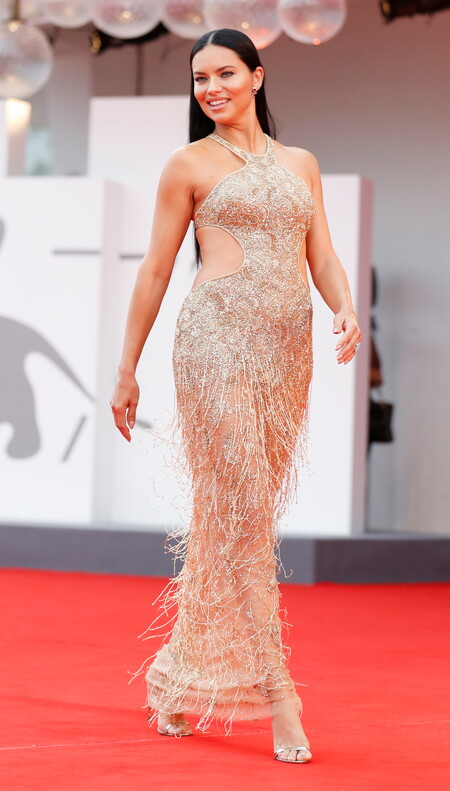 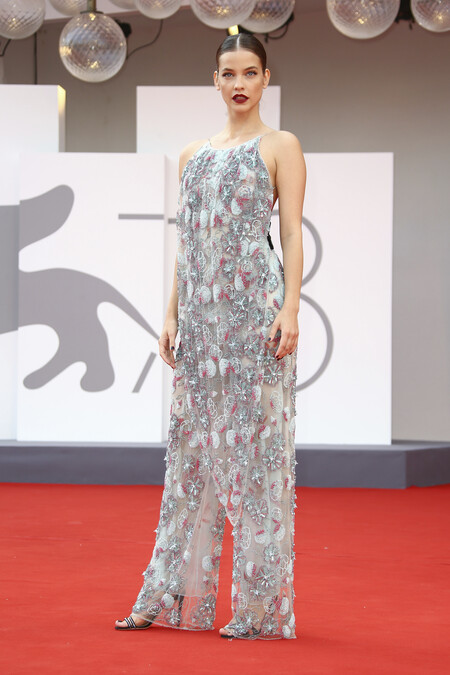 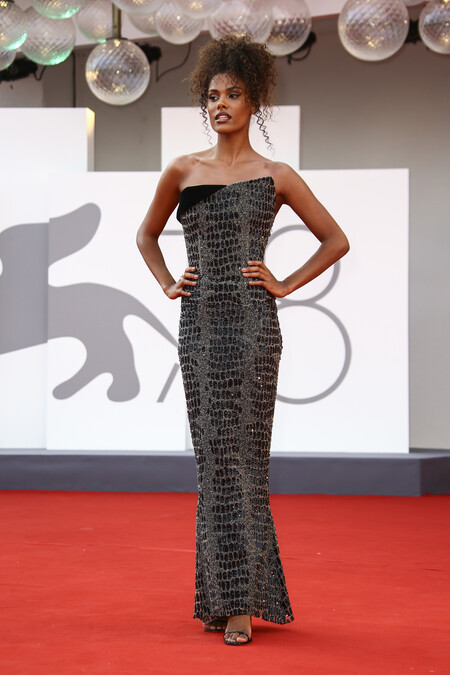 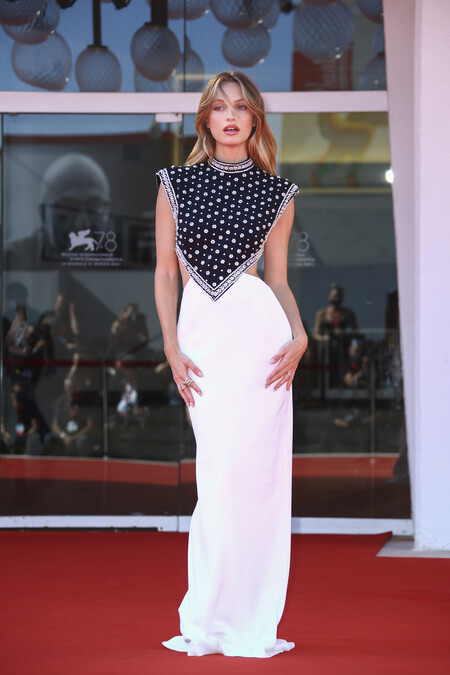 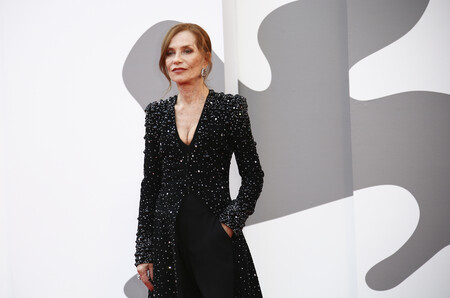 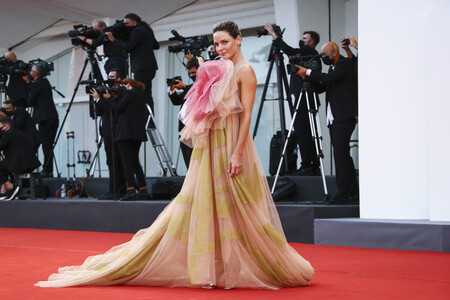 Maggie Gyllenhaal in Prada and Olivia Colman in Armani Privé. 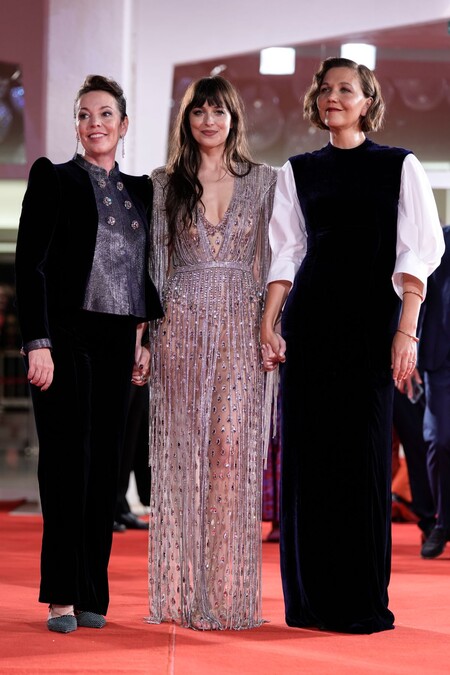 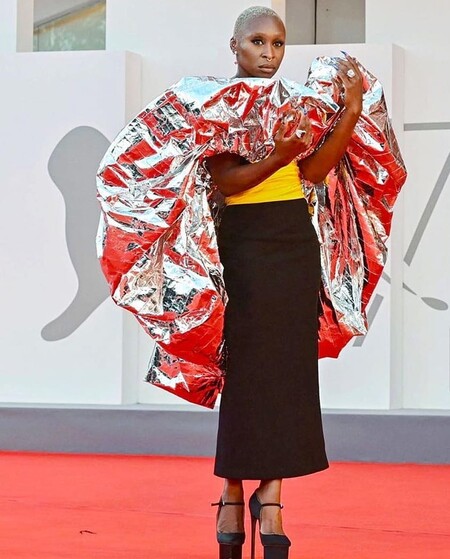 Milena Smit has been a revolution on the red carpet. The new Almodóvar girl has been one of the...

The different red carpets of the Venice Film Festival 2021 are leaving us in awe with wonderful creations. We...