The different red carpets of the Venice Film Festival 2021 are leaving us in awe with wonderful creations. We needed glamour and style, and we are seeing them both in the looks daytime as well as evening looks.

So Dakota has shown us Johnson. The star of The Lost Daughter, the film in which Maggie Gyllenhaal makes her directorial debut, has made an impact with its two bets: a costume taken to its maximum sensuality and an evening design made to literally shine 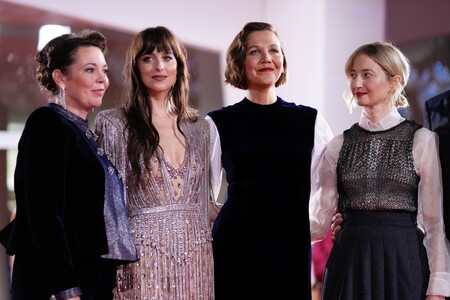 Yes, Dakota has shone in a spectacular creation signed by. Gucci. A transparent design, made in silver rhinestones, part of it as maxi fringes, with a plunging neckline, marked shoulder pads and a cinched waist.

A spectacular model, that Alessandro Michelle has made exclusively and custom-made for the actress, made to shine and with which she has left us speechless. 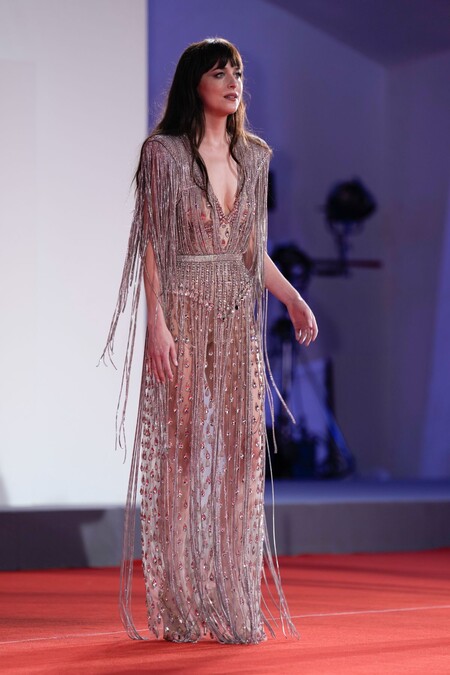 For the day, the actress has chosen for the presentation a black suit with golden buttons also from Gucci. The best thing wasn’t the two-piece, which doesn’t lack elegance, but the way she combined it. Dakota has turned a serious outfit into a look very sensual thanks to the bra. A risky and winning bet, as well as a sexy trend that we have already signed up for. 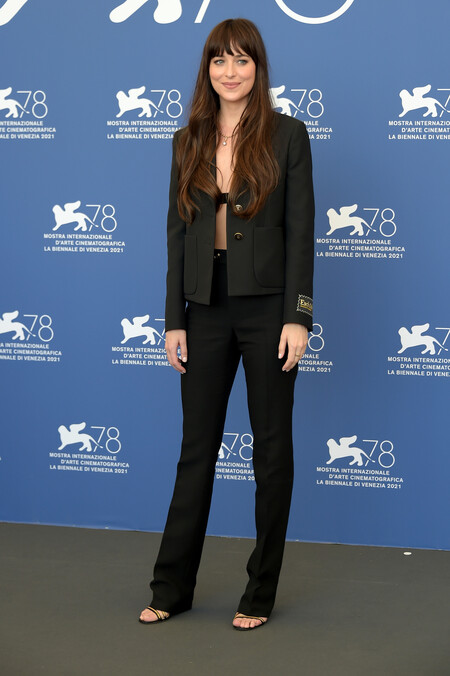 This autumn 2021 we are wearing the vintage style blazer, masculine and in XXL size.

Milena Smit has been a revolution on the red carpet. The new Almodóvar girl has been one of the...

We're still immersed in the Venice Film Festival 2021 with big premieres and plenty of glamour. The red carpet...