Fantasy film fans are in luck. Despite the difficult times the world of culture is going through, the Sitges Film Festival has been stronger than the circumstances and yesterday it premiered its 53rd edition. The acclaimed competition proposes 11 days in which 254 works (among films, short films and documentaries) can be admired in hybrid form. Some of the works can be enjoyed on the premises -with all the security measures in place- while the Festival’s online Virtual Room gives us the opportunity to enjoy it from home. The opening of the event took place yesterday and Aura Garrido and Juana Acosta became the stars of the red carpet at night. 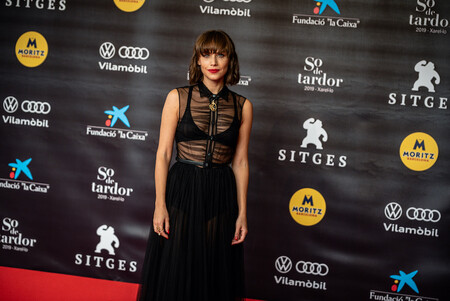 Bitches was one of the most eagerly awaited films and was released yesterday to open the Festival. Javier Ruiz Caldera, Alberto de Toro, Miki Esparbé and Aura Garrido are its main faces. The actress from Madrid chose a midi dress in romantic gothic style in black signed by Dior. The body stands out for its shirt collar, central puckering and transparent fabric. As complements, several rings in gold and a matching necklace. Garrido looked beautiful thanks to a bob with bangs and a few bright red lips which was accompanied by a manicure of the same shade. 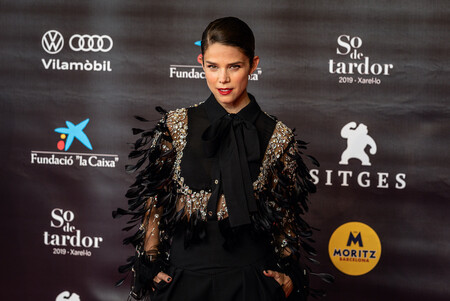 On his side, Juana Acosta is one of the members of the jury of this edition of the Sitges Film Festival and its outfit for the first day was at the level of the occasion. Thanks to an imposing Elie Saab shirt with rhinestone applications, feathers on the sleeves and an XXL ribbon, the garment hardly needed a partner to shine. To top off the look, a black pair of tweezers and matching classic salons. The beauty of the outfit is accompanied by an elegant bow. To the lips, a flattering shade of red.

Seven looks to go to class and graduate as the it girl of your course, school and college