Necklines are a fundamental part of women’s clothing design. In addition, each cut has left its mark on a different time in history and has become the identity mark of different couturiers. Beyond knowing which style suits you best according to your silhouette, we discovered eight essential necklines and several recent styles that exemplify, to perfection, the power of a good cut. 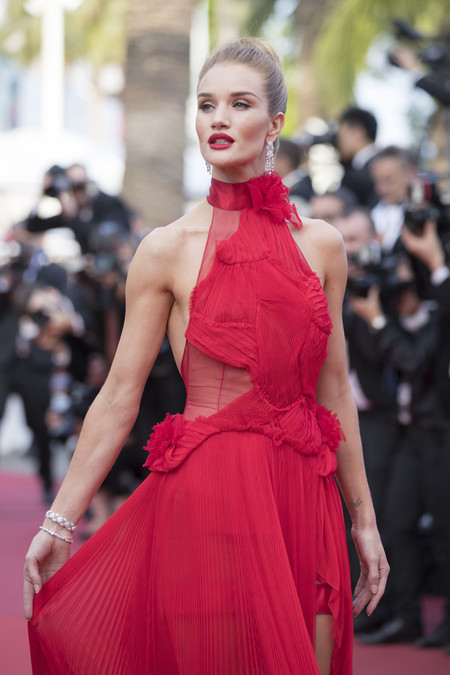 The halter neck leads all attention to the shoulder area. It fits around the neck and falls covering the chest area. It is a particularly flattering cut for women with marked clavicles and a shallow back. The origin of the word halter leads us to the United States, where this term is used to refer to the halter or hitch that holds draught animals such as horses or oxen. The popularity of this neckline came in the 60s and 70s thanks to the success of American designer Halston. 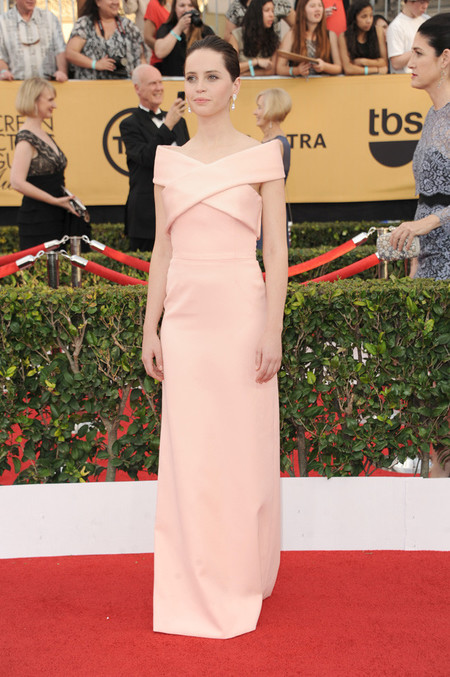 The boat neckline stands out because it frames the collarbones. It is drawn from end to end of the shoulders and lets the collarbone and neck shine. The story of this cut leads us to the figure of the Grand Duchess Elena Pavlovna Romanova -sister of Tsar Alexander I of Russia, who was portrayed in 1829 with a boat-cut model in a work by Karl Briullov. Later, from the middle of the 19th century, the neckline bateau was related to French Haute Couture and Empress Eugenia de Montijo. Dressmakers such as Charles Frederick Worth were among the first to opt for this style, which has returned to stardom today thanks to the Givenchy design worn by Meghan Markle at her wedding and Felicity Jones’ Balenciaga at the 2015 SAG Awards. 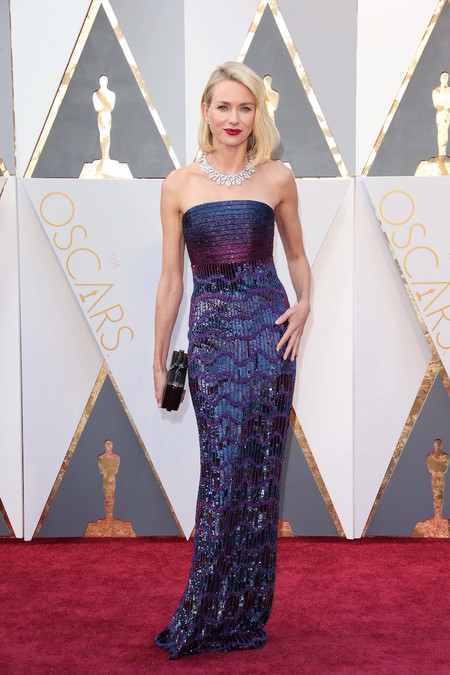 Word of honor cleavage is from straight cut and strapless. It offers all the prominence to the arms, shoulders and clavicles. It is a particularly popular style in the bridal fashion universe and a great ally in the world’s leading red carpets. Edith Head, the iconic costume designer of Hollywood’s golden age, turned the neckline into a landmark with the styles chosen for Grace Kelly in various films (such as To Catch A Thief by Alfred Hitchcock). Years later, in 1987, Princess Diana of Wales dazzled in Cannes with a Kelly-inspired design by dressmaker Catherine Walker. 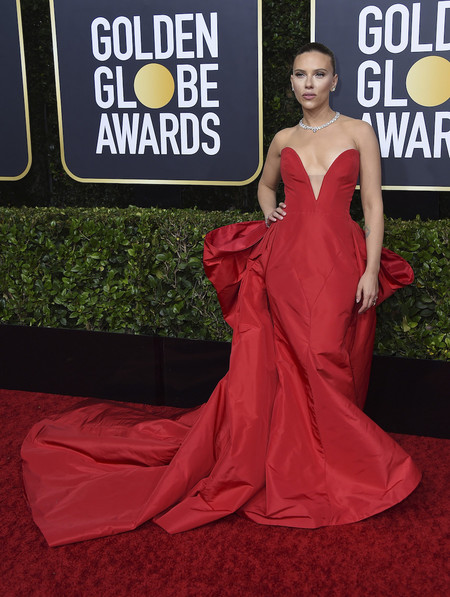 Sensual, feminine and romantic, the heart décolleté draws a sinuous line that frames the bust. The origin of this cut takes us back to the 16th and 17th centuries, when heart-shaped necklines were part of the first corsets to reign at the Medici court. Thus, the waist was narrowed and the chest was raised. We rescued Diana from Wales again to remember one of her looks more iconic signed by Christina Stambolian and starring a little black dress heart neckline that she wore to the 1994 summer party of Vanity Fair. In this 2020, Scarlett Johansson has left us a sample of the power of the heart neckline with a Vera Wang design to walk the red carpet of the Golden Globes 2020. 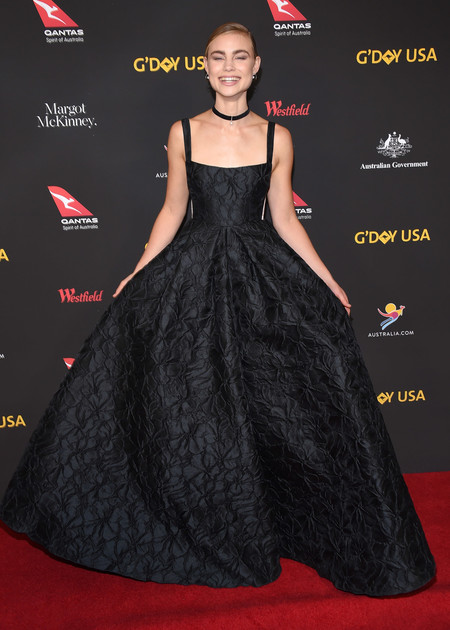 The square neckline is classic and sober, but no less feminine and flattering. The trends during the Renaissance and Baroque, especially in the Rococo, placed this cut in the forefront. At the beginning of the 20th century, with the appearance of The Empire Line by Paul Poiretit became popular again. Dior and Jean Paul Gaultier are two of the contemporary couturiers who have made the strongest commitment to square necklines. Thus, we can see the spectacular Dior model that defended with an outstanding result Jennifer Lawrence on the red carpet of the BAFTA 2018 and the beautiful black design of Lucy Fry. 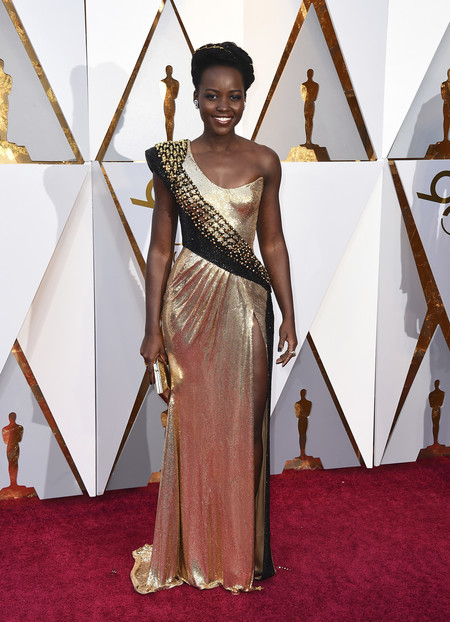 Original, attractive and unique, the asymmetrical neckline leaves one shoulder open while fitting the other. There are countless variations of this short, from purer lines to more sinuous designs. Roy Halston in the 1970s propelled the success of the asymmetrical neckline through the rise of the disco aesthetic. Bianca Jagger and Elizabeth Taylor were some of it girls of the moment they let themselves be conquered by this cut. The firms that bet on more risky patterns, like Versace, are faithful to this cut. A good example of this is the impressive dress by the Italian brand that made Lupita Nyong’o shine at the 2018 Oscar ceremony. 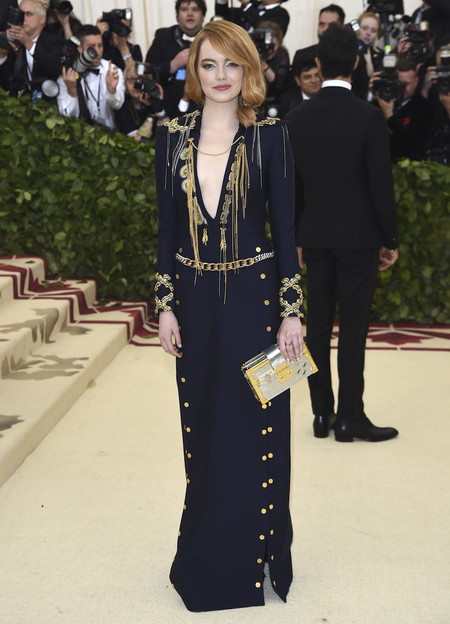 Simple but sexy, the V-neck is one of the most common for both formal and informal garments. As its name indicates, it draws a v-shape in the center of the chest. The depth of the neckline plays a major role in determining the elegance of the neckline. During the 1940s these cuts came into action and have practically never disappeared. One of the most powerful styles we remember with this cut is by Nicolas Ghesquière for Louis Vuitton and he wore it Emma Stone at the MET 2018 Gala, Heavenly Bodies: fashion and the Catholic imagination. 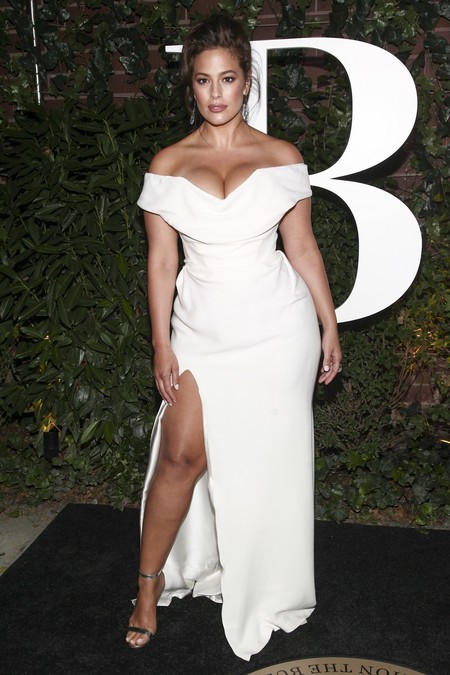 Brigitte Bardot is a unique icon in the world of fashion. The artist, who has starred in nearly 50 films and performed 80 songs, has turned a cleavage into a sign of identity in the 1960s. The bardot neckline is characterized by leaving the shoulders in the air with sensuality and romanticism. Firms like Valentino and Dior continue to go for this cut, and the white dress that Ashley Graham defended at the Business of Fashion 500 gala in New York is a good example. 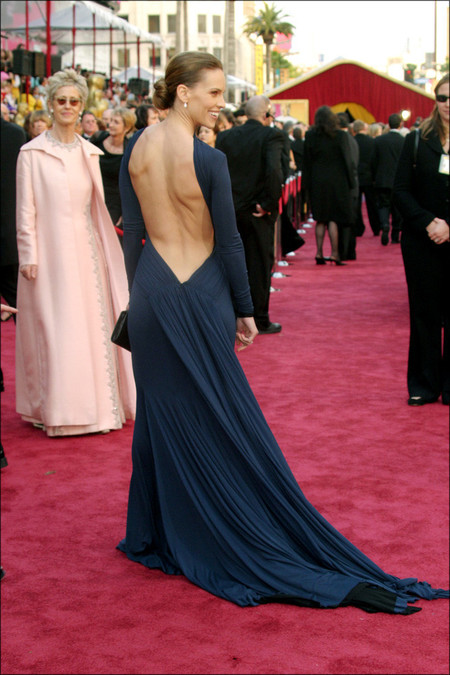 Next, a cut that changes the rules of the game and is placed on the back of the body. The back cleavage lived a boom moment in the 1920s to become a very popular cut on the beautiful red carpet dresses. We traveled to 2005 to discover one of the most unforgettable designs of the Oscar gala signed by Guy Laroche who defended with note Hilary Swank. 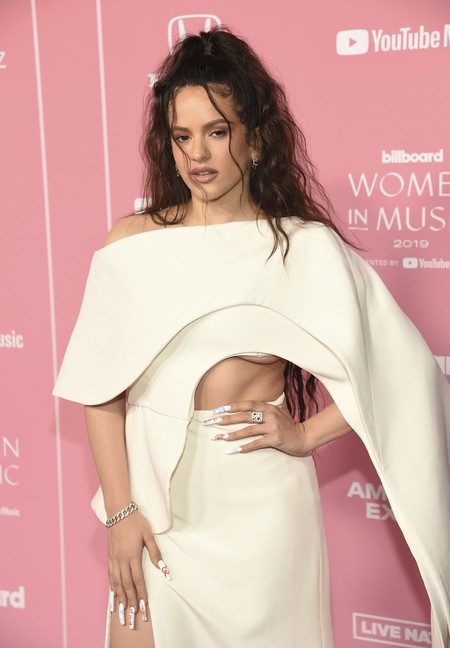 Suitable only for the most daring, the neckline underboob is not a historical breakthrough in the fashion world, but it has managed to slip into the mainstream of recent years. In essence, on underboob it shows off the lower chest in a subtle and elegant way. Thus, it reverses the general pattern, which focuses on showing the upper part of the bust, as does the sideboob (which shows part of the side of the chest). Rosalía and her design by Antonio Grimaldi was much commented on at the time and raised the voice of many detractors, but it is a model that exemplifies very well a underboob.

Celebrity Emily Ratajkowski walks her dog in a flower dress

Priyanka Chopra dresses up as Etro to present her latest film on Netflix (from home), “The White Tiger”

Times have changed and the Covid-19 pandemic has caused gala events and red carpets to be postponed until further...

Last night the Forqué 2021 Awards were held, the first red carpet of the year where we saw looks...

In the absence of red carpets on Covid 19, Anne Hathaway has surprised us with wonderful looks at home,...

We were looking forward to a red carpet. The first in the year 2021 has started in Madrid. The...