from Dua Lipa to Harry Styles, Taylor Swift and many more

The Brit Awards 2021 took place in London last night and have been the ones to save our red carpet craving. after the dire news of the upcoming Golden Globes. Any red carpet The fact that Dua Lipa and Harry Styles were among the guests automatically deserves a lot of attention. But they weren’t the only ones who dazzled: here are the best looks of the evening. 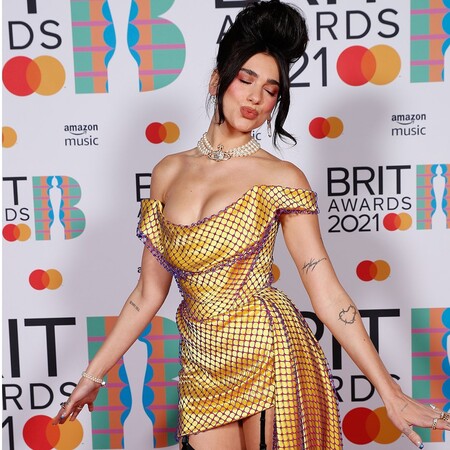 She is the undisputed queen of any red carpet because she dares anything. This red carpet is not the Oscars. It’s where you look for to take risks, to surprise and to take your feet out of the pot.. Something that Dua Lipa knows how to do with her eyes closed and this design couture gold-plated with beaded mesh and exposed garters is the proof of it. 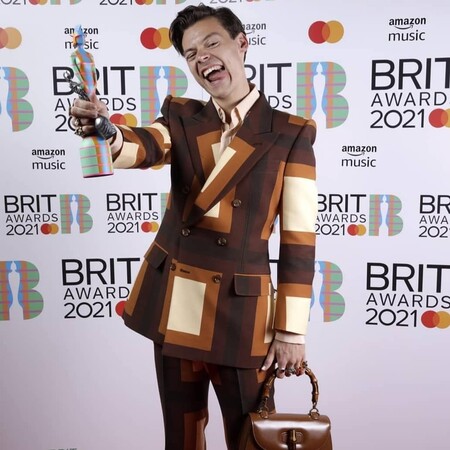 We don’t usually include looks men’s best looks compilations. But few men are dressed as well as Harry Styles, with a 1970s Gucci look that we would steal from you. in the blink of an eye. Well geometric print and the mythical bamboo handle bag that is a real fantasy. 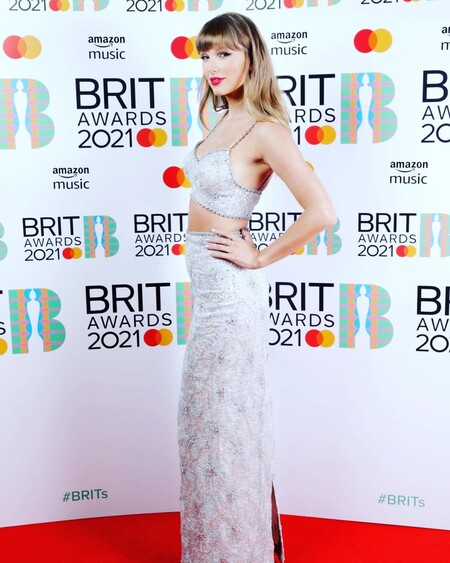 She is the perfect combination of risk and finesse and this look by Miu Miu with top cropped, glitter and glitter are to blame. It reminds us of Juana Acosta’s choice for the Goya 2021, signed by the same brand. Taylor looks simply spectacular. 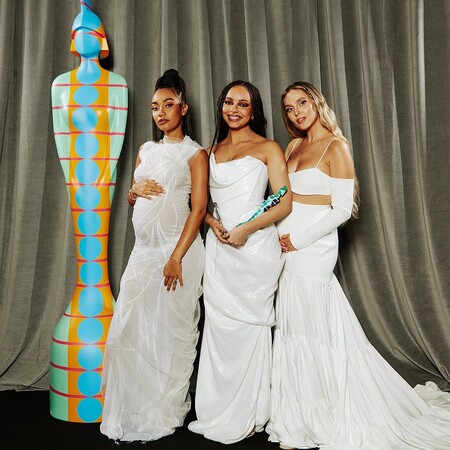 After launching the hit Confetti and hit it big a few days ago, the British group have made history at the Brit Awards 2021 by being the first women to win the award for Best British Group.. The occasion deserved some high class outfits and they have delivered.

Leigh-Anne showed off her Maison Margiela pregnancy in a sheer draped fabric, Perrie did the same with that two-piece and gloves look by David Koma and Jade (the only one who isn’t pregnant) in a sparkly Vivienne Westwood dress. 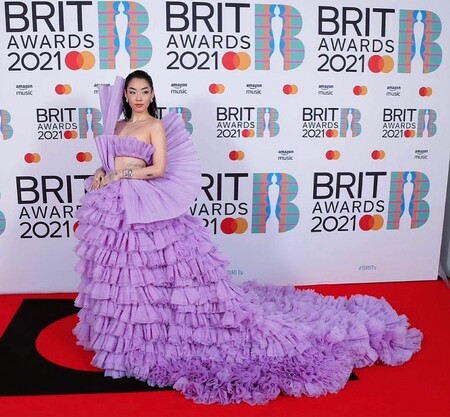 If when you opened this article you were expecting dreamy dresses at the height of the great carpets Hollywood red carpets, Rina comes to represent. Because this lilac Balmain marvel covered with ruffles, tulle and volumes could seem too muchbut the spectacle and the ostentation have been assured. 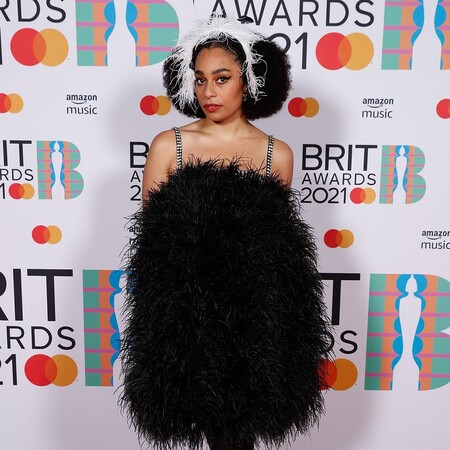 Those of us who believe that there’s no greater red carpet drama than some good feathers are thrilled with this one look by Celeste. The singer has opted for a balloon dress covered with black feathers and a headdress that covers her afro hair. in the most original way.

Haim from The Row 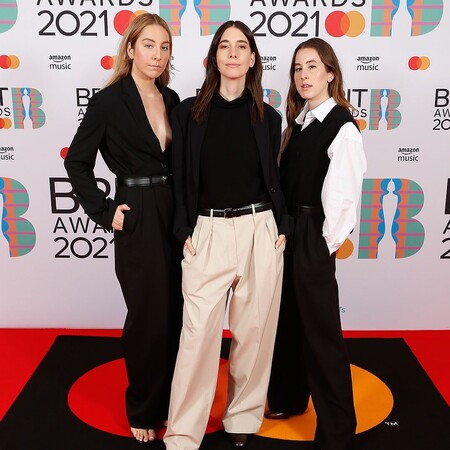 From the ostentation of tulle, ruffles and feathers we go to the opposite pole. Because the most sophisticated and simple sobriety comes from the group Haim and The Row. Trousers oversizewhite shirts, knitted waistcoats and blazers. If we have to choose we’ll take the black jumpsuit super low-cut. 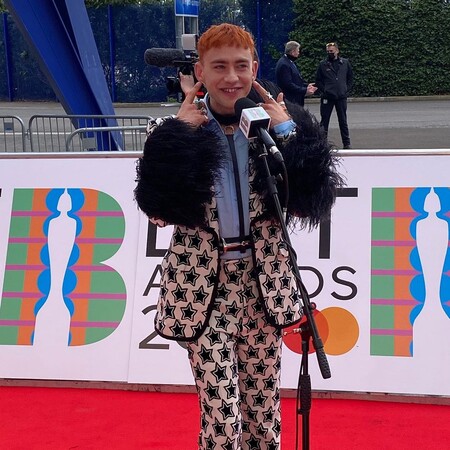 Another genius from Harry Styles’ band that we’re keeping an eye on. Because he also knows how to take advantage of the most unisex and beautiful trends for men with Gucci and this one. pink pantsuit with stars and feathers is proof of that. We would wear it without even having to think about it. 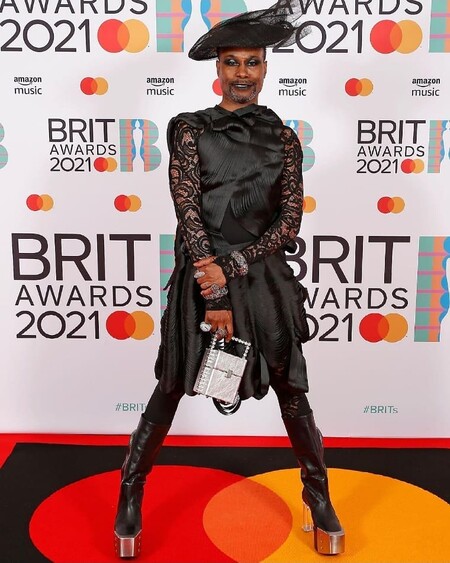 A god on the red carpet. No one is as daring with the craziest looks as Billy Porter, who was the most Googled in 2019 for this very reason. This time in lace up, over-the-top platform boots, headpiece and iridescent eyeshadow. We know it’s overkill, but we love the red carpets with its dose of spectacle. 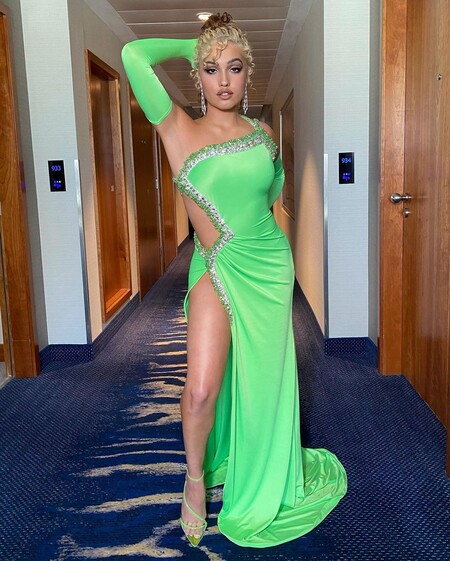 We finish with Mabel, who has launched with one of the trend colors of this 2021: neon green. The dress, fitted to the figure with openings and cut-outsit fits her like a glove. She has accompanied it with sandals and long gloves. in the same color, to avoid impossible chromatic combinations and give all the prominence to this intense green.

With the arrival of good weather the street style bets for the perfect (stylistic) formula: shorts and blazer.