Blanca Suárez and Javier Rey revolutionize the red carpet of the San Sebastian Festival. This is how the looks of all the guests have been

The San Sebastian Festival rolled out its red carpet today to receive one of the premieres more special. Today the film was shown The summer we lived, the film starring Blanca Suárez and Javier Rey, where the protagonists fell in love (in real life). Today the couple made their first public appearance and the actress looked so radiant.

The whole team has posed in the red carpet, and they have done so in the company of Alejandro Sanz, who is in charge of creating a special theme for this film whose title is also The summer we lived. This is the first time the artist has written and performed for the cinema.

The film tells us a love story inspired by real events and told in two parts. The film will take us to the Jerez of the 50’s as the main scenario, making a journey through its history, its culture, its wineries and its vineyards.

Both in the morning presentation and on the red carpet we have seen lookazos. 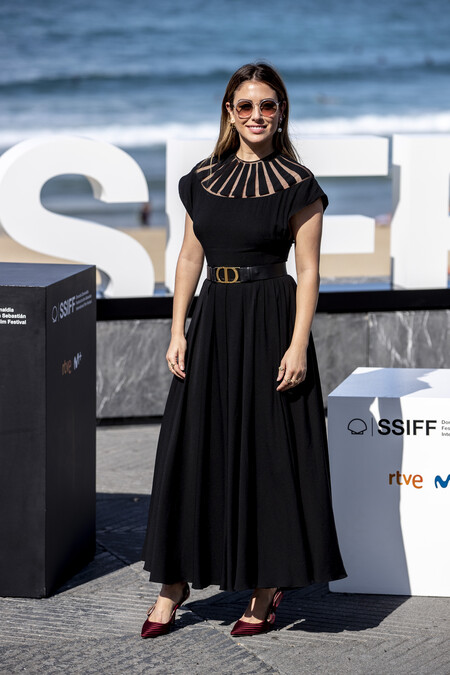 For the day, Blanca Suarez has opted for a sophisticated black velvet dress of long midi and striking semi-transparent slightly raised neckline signed by Dior. A slim waist design with a black belt and the company’s initials in gold, combined with red and black printed salons, earrings, rings and round lens sunglasses, all from Dior.

In the evening, she made an impact with a very romantic light grey tulle dress. A creation of asymmetrical length, long tail with layers of tulle and short in front of the neckline word of honor of Valenzuela Atelier. 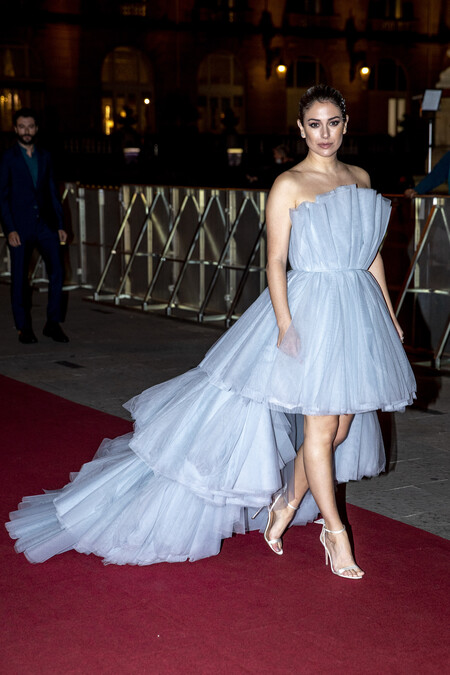 Sandals to the tune of Aquazzura, Hair gathered in a chignon and jeweled details on the left side of the face and hair have completed its styling. 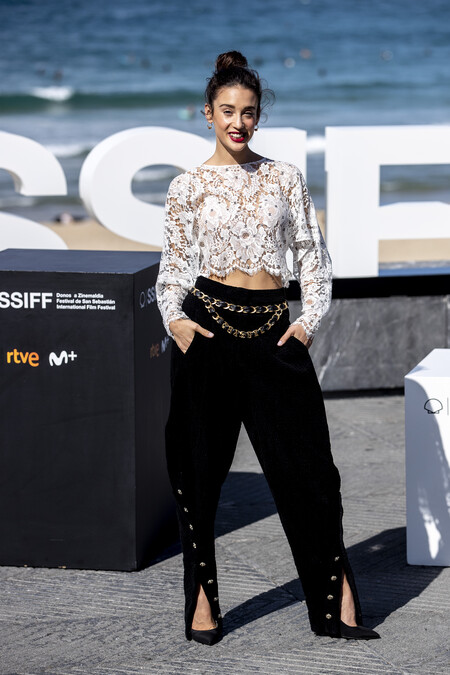 Maria Pedraza, for the morning presentation, has chosen a overall look by Chanel in black and white, a combination that never fails. A top crop White lace combined with black pants with side slits and gold button and chain details as a belt, one of the trends of the season. Dancing bow and make up very natural but with red lips also from Chanel Beauty have completed their fantastic outfit. 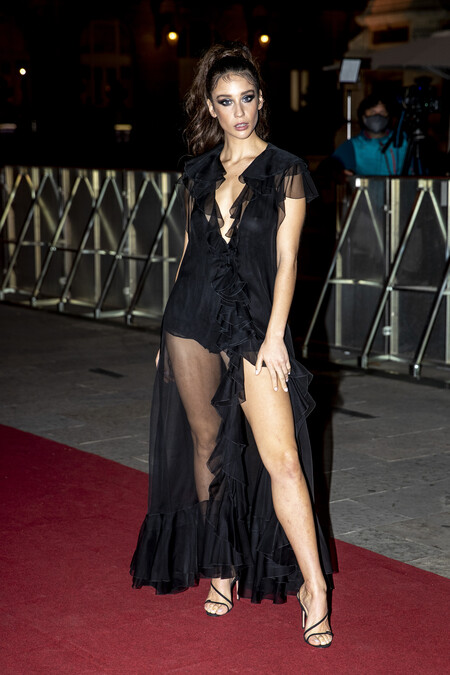 At night, Maria has opted for a very sexy style. A look in black formed by a monkey short smooth interior combined with a black maxi vest of transparent chiffon and detail of ruffles, that has shone with black sandals of Aquazzura and a high ponytail. 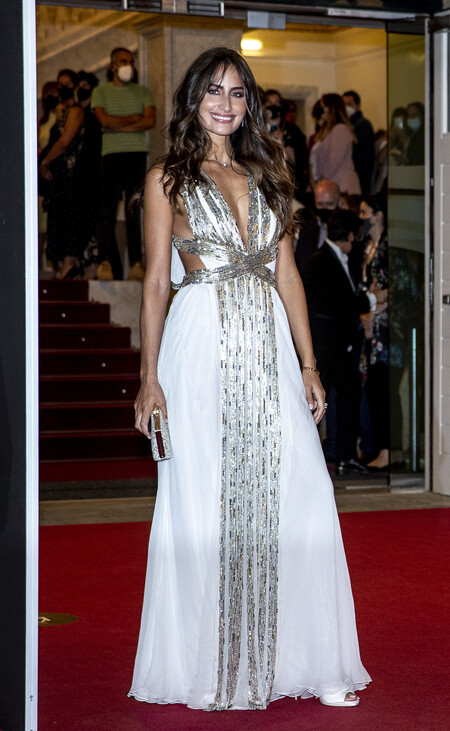 Rachel Valdes has opted for a very sophisticated and flattering dress in white with gold details. A striking neckline design, waisted and accessories in gold. 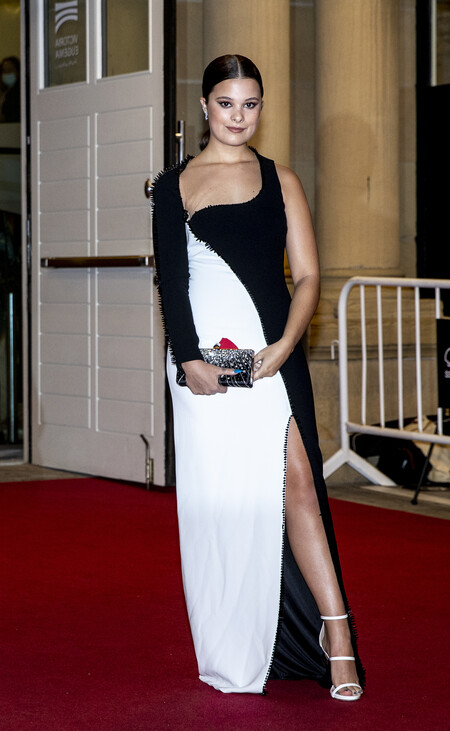 Manuela Sanz has opted for the always right black and white, a timeless combination. The singer’s daughter is wearing a flattering two-tone dress with an asymmetrical neckline and black beaded details, combined with a black jeweled clutch adorned with embroidered stones. 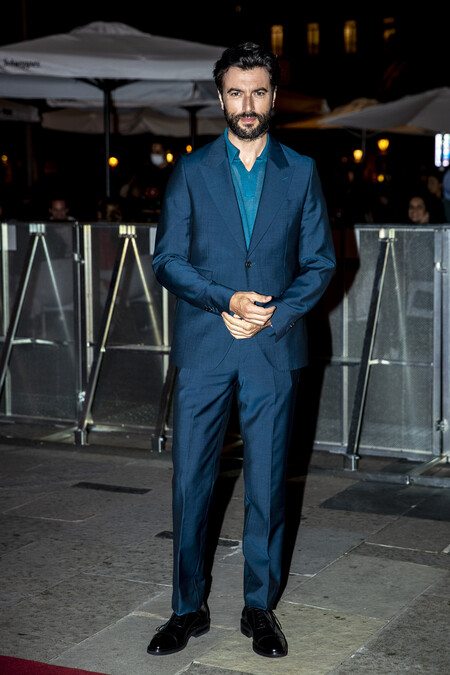 Javier Rey has worn a blue suit composed of a jacket with a wide v-neck flap, two mother-of-pearl buttons and straight trousers, with a blue knit polo shirt and shoes blucher in black nappa leather with laces. All signed by Pedro del Hierro.